Since the 16th century, Stevia has been used to sweeten beverages and make tea, and it is an extremely sweet-tasting plant. Stevia has become even more popular in foods, soft drinks, and a sweetener for dieters in recent years.

Many people find that adding it to their food adds unnecessary calories; some experts alarm against its consumption in heavy quantities because certain types may raise your blood pressure and insulin levels.

On top of having adverse side effects such as raising insulin levels (hyperinsulinemia) and lowering total and LDL cholesterol and blood sugar levels, Stevia is even linked to cancer cells.

It has also been suggested that too much of this plant may increase the risk of stroke and heart attacks among diabetic patients.

However, some studies have shown no link between Stevia ingestion and these risks. Yet, more often than not, it becomes a mystery as to whether or not it is safe for diabetics since there are no data on humans related to imparting the consumption of this sweetener.

We will clarify everything: what is Stevia? How it works in our body, and why one should not consume too much of this naturally-occurring ingredient in foods or drinks since some have more detrimental health consequences than others.

So, let’s begin to unveil the breakdown with some quick facts on Stevia as follows!

What is Stevia? [Quick Facts]

Stevia is a sweetener made from the leaves of the stevia plant. It’s a bushy plant that belongs to the sunflower family and is commonly known as Stevia rebaudiana Bertoni.

It has no carbohydrates, calories, or artificial ingredients and is roughly 100 to 300 times sweeter than table sugar.

Stevia sweetness has a bitter taste, and it is not comparable to sugar sweetness, but it does have some value in reducing hunger and cravings. Unlike other sugar substitutes, it is natural and is composed of a leaf related to popular flowers like asparagus and chrysanthemums.

Although it originated in Paraguay and Brazil, it is now cultivated in Japan and China. It’s a herbal supplement and a non-nutritive sweetener.

Stevia is a genus of 150 species that originated in North and South America. The leading exporter of stevia products at the moment is China. On the other hand, Stevia is now manufactured in a variety of countries. Since the calories per serving are low, it may be classified as “zero-calorie.”

Can Stevia Cause an Insulin Spike?

Stevia has no such impact on blood glucose or insulin levels. The active component of S. rebaudiana has a significant biological impact on pancreatic beta cells, which regulate calcium channels. Steviol and rebaudiana In response to glucose, this raises insulin production. Conclusively, it is suggested that patients with type 2 diabetes use Stevia.

In addition, Stevia provides important nutrients like vitamins A, B3, and C and minerals like magnesium, potassium, selenium, and zinc. Moreover, it lowers the glycemic response. Stevia is a natural sweetener that is gaining popularity in the food industry due to its antioxidant and antimicrobial properties and its high heat stability.

The purified form of Stevia, known as stevioside, was authorized by the FDA as safe to consume. Words like stevia extract or Stevia rebaudiana appear in the ingredient lists of products that are deemed safe.

Don’t buy whole stevia leaves or their crude extracts if you find them at your local natural foods shop. According to the FDA, there isn’t enough information on the long-term implications of taking this supplement, such as renal or cardiovascular problems.

We’ll go through its dangers in more detail in the following sections. So, stay tuned until the end!

What are the Benefits of Stevia?

Using Stevia as a sweetener offers the potential for significant health advantages as an alternative to sucrose or table sugar.

It has been researched that stevia sweeteners do not contribute to carbohydrates or calories in the diet. Also, zero to no effects were demonstrated on insulin or blood glucose levels after its intake. Thus, it’s an ideal consumption of sugar alternative for diabetic patients.

2 – Reduces the Risk of Pancreatic Cancer

Several sterols and antioxidant substances, such as kaempferol, may be found in Stevia. According to studies, Kaempferol has been shown to lower the incidence of pancreatic cancer by 23%.

Several glycosides identified in stevia extract have been shown to expand blood vessels. They may also boost sodium excretion and urine production. A 2003 study revealed that it could potentially assist in lowering blood pressure.

On the other hand, Stevia does not appear to affect blood pressure in contemporary research. To confirm the benefits of Stevia, further large-scale studies are necessary.

Stevia has virtually no calories and contains no sugar. It may help lower energy intake while maintaining flavor by being a component of a balanced diet.

What are the Dangers of Consuming Stevia?

According to the FDA’s trusted source, the daily recommended intake for steviol equivalents is 4 mg (mg) per kg of body weight. That translates to a daily dosage of about 12 mg of high-purity stevia extracts per body weight.

Experts do not believe that highly purified Stevia is harmful when used as a sweetener or flavor food. Throughout the last several decades, a plethora of research has identified possible side effects of Stevia, yet most of them were performed on laboratory animals and have since been refuted.

Heavy consumption of Stevia might cause hypoglycemia or low blood sugar even though it’s found to help control blood sugar levels.

Again, the heavy consumption of Stevia might cause lower blood pressure.

Certain stevia products include sweet alcohols that may trigger negative responses in people who are sensitive to them.

FAQ on Stevia and Diabetes

Which sweetener does not spike insulin?

Answer: Aspartame is a popular artificial sweetener that does not spike insulin. This means that it can be used by people with diabetes or other carbohydrate-controlled diseases looking to avoid the negative effects of insulin spikes.

Is Stevia OK with intermittent fasting?

Answer: Stevia is a plant-based sweetener that is safe for use during intermittent fasting. Stevia does not affect blood glucose levels or insulin levels, which makes it a good option for people trying to maintain their blood sugar control while fasting. Additionally, it doesn’t cause tooth decay as other sugars do.
Many people find that Stevia is just as sweet as regular sugar and helps them avoid the calories and carbs in processed foods. So if you’re looking for an alternative to sugar during your fasts, then Stevia may be a perfect choice!

Answer: Stevia is a natural sweetener that has been used for centuries, and it is generally regarded as safe. Some people anecdotally report that Stevia increases belly fat, but there is no scientific evidence to support this claim. On the contrary, studies have shown that it can help to reduce sugar cravings and improve blood sugar

Answer: Stevia is a plant-based sweetener that has been shown to have little effect on ketosis. While some people may experience side effects from using Stevia, such as headaches or stomach cramps, it does not result in ketosis being suppressed.

Can I drink black coffee with Stevia while fasting?

Answer: Stevia is a natural sweetener that has been shown to have no adverse effects on blood sugar levels in normal-weight people. Some studies even suggest that it may help improve blood sugar control. Stevia is made up of simple sugars and doesn’t trigger the release of insulin-like other artificial sweeteners do. This means that it can be used by those with diabetes or trying to reduce their reliance on glucose tablets or injections.
In another study, Stevia was found to cause minimal changes in liver function tests compared with a placebo for 12 weeks. However, you should always discuss any dietary changes with your health care provider before making any drastic decisions!

In this blog, we’ve defined Stevia, reviewed the evidence on whether it raises insulin levels, and outlined its potential benefits and dangers. We hope that this provides you with a clearer understanding of this sweet additive and helps you decide whether or not to incorporate it into your diet. Please let us know if you have any questions or concerns in the comments below! 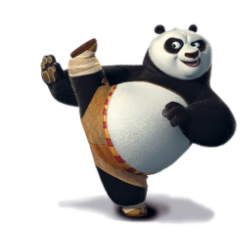 Latest posts by Shashi (see all)