Jump to Content Sections hide
1. 8 Health Benefits of Barley
1.1. Preventing Asthma, Cancer and Arthritis
1.2. Preventing Obesity and Diabetes
1.3. An ideal food for individuals with Diabetes
1.4. Rich source of Dietary Fiber and Phytonutrients
1.5. Improve Digestion
1.6. Prevention of Ulcerative Colitis
1.7. Lowers Cholesterol levels in the body
1.8. Helps to Reduce Weight
2. What are the Side Effects of Barley?
2.1. What is the Glycemic Index of Barley?
2.2. Is Barley Good for Diabetes?
3. How to add Barley to your diet?
3.1. Hulled Barley
3.2. Pearl Barley
3.3. Barley Flakes
3.4. Barley Grits
4. Barley- Nutritional Information
5. Conclusion ‘Hordeum vulgare’ which is commonly called Barley is a kind of cereal crop just like rice, wheat, and maize.

Indians call barley by the name of ‘Jau’ and it is included in diets more often.

The most likely thing about Barley cereal crop is that it is available at reasonable prices and thus can be afforded by anyone.

Barley is rich in fiber and thus helps to improve digestion and metabolic activities of our body.

It is believed that if you add barley with high amounts of magnesium in your diet then it will reduce the risk of building diabetes in the body. And if anyone has already suffered from diabetes then this combination of barley and magnesium will be beneficial for them. Consuming Barley daily can help in preventing chronic diseases such as diabetes, asthma, cancer, and arthritis.

According to research, approximately 360,000 people who consume barley and other whole grains are less prone to cancer when compared to those with a diet having low grain content intake.

Consuming Barley grain is very useful for diabetic patients as barley is a low Glycemic Index food and also this whole grain helps to keep diabetes and obesity away from people.

Barley helps to reduce insulin levels in our body and this can reduce the risk of diseases like diabetes.

As we read above in this article that Barley contains high levels of beta-glucan fiber in it. So, this beta-glucan slows down the absorption of sugar in the body.

Barley when taken with oats or glucose in diets regularly can readily reduce insulin and blood sugar levels in the body.

Barley can be a perfect choice for people who have high blood sugar levels as having Barley in meals especially in breakfast can help to reduce sugar levels in the body as Barley is a low Glycemic Index food.

Barley is also a rich source of phytonutrients and possesses high levels of fiber in it. Thus, barley is very beneficial for health.

Phytonutrients- These are compounds that are present in crops or plants but when consumed by humans can be very beneficial. These substances help to prevent diseases and boost the immune system of the body. 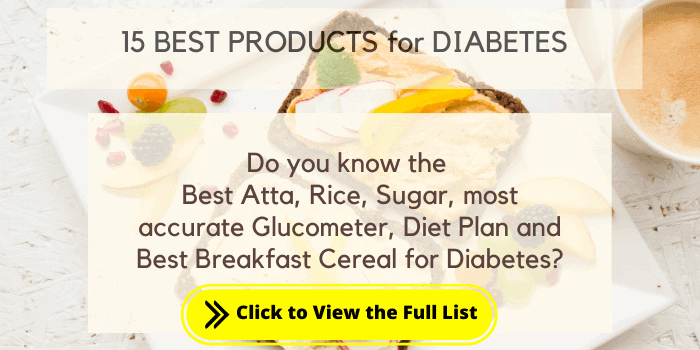 Hulled Barley which is a kind of Barley when taken 100 grams in quantity than that quantity of hulled barley consists of 17.5 grams of fiber in it.

You must be wondering how fiber improves digestion. The answer to your confusion is that fiber helps to clean the digestive tract and helps to get rid of constipation.

It has been scientifically proven that people who eat barley in breakfast are less prone to chronic constipation as compared to others.

Apart from this Barley also prevents diseases like ulcerative colitis which is a kind of inflammatory disease.

Additionally, the number of bacteria which are good for health also increases in number in the digestive tract of the body due to the consumption of barley. These bacteria aid in reducing inflammations in the body and also lowers the blood sugar levels of the body.

According to research, it has been found out that Barley helps to lower cholesterol levels in the body, and thus it is very beneficial to add barley in diets.

In studies, it has been proved that whole-grains like barley, oats, rye, etc are good for breakfast as they cause less hunger during lunch or after breakfast.

What are the Side Effects of Barley? Barley has countless advantages but some people should avoid barley in some situations as it can be harmful to their health.

What is the Glycemic Index of Barley? We refer to the Glycemic Index as ‘GI’ in short.

If anyone says that particular food possesses a high glycemic index, that means the food is mostly absorbed and digested by our body and this causes the rise in blood sugar levels in the body. Have a look at the glycemic index of different varieties of barley.

Is Barley Good for Diabetes? Barley is good for any diabetic patient. The reason behind this is that if you eat barley then it will be absorbed in our body in the form of Carbohydrates and will be converted into C₆H₁₂O₆ (Glucose) in the bloodstream only.

We all know that the food we eat is not absorbed directly, it is converted into digestible forms like Glucose first and then converted into enzymes by releasing pyruvic acid and energy and we name this process as Glycolysis.

Now, since glucose is formed in the bloodstream, in the case of barley. That’s why it helps to regulate cellular functions of the body like respiration, digestion, etc, and also aids to generate energy. The energy is liberated in the form of ATP in the body and ATP stands for adenosine triphosphate.

ATP (adenosine triphosphate) in the form of energy that is used by our body. The production of ATP occurs at the mitochondria (cell organelle) of the cell.

How to add Barley to your diet? As we have discussed above in this article that Barley (jau) is a cereal crop and it is cultivated by farmers more often. Barley is really good in taste and possesses nutty flavors in it.

Barley cereal crops can grow anywhere in this world and the seed of this plant is a category of grass.

There is evidence that the Barley cereal crop, over 10,000 years back was being cultivated in Egypt.

Many people are unaware of the fact that apart from including it in the diet as food, Barley can also aid in whiskey and beer production by playing a major role in its constituents.

Approximately, 144 million tons of Jau (Barley) are produced every year.

Barley is available in varied forms in the market. Here, in this article, we will discuss the 4 main and easily available varieties of Barley. Hulled Barley is the only form of Barley which possesses an inedible shell outside, which has to be removed to cook it. Hulled Barley is referred to as whole-grain. This version of Barley needs a little more time to cook when compared to other varieties of Barley.

We can use Hulled Barley in place of other grains like quinoa, rice, oats, etc as a substitute for all these whole grains in food. The nutrient content of Pearl Barley is less when compared to Hulled Barley.

Pearl Barley, bran and hulls are removed by allowing them to steam partially.

This version of Barley can be easily cooked. Barley Flakes are almost similar to rolled oats when it comes to appearance. This variety of barley is sliced and flattened all over. It is a form of barley that has been prepared by cracking and toasting of original barley.

READ  Is Jaggery Good For Diabetes ? Nutrients levels are very high in Barley and this is one of the reasons why we recommend adding barley in diets.

While cooking barley, you can observe that its size gets doubled. We can now learn how many nutrients are contained in 100 grams of Barley (uncooked and hurled barley)

Also, Barley contains high amounts of beta-glucan in it. Beta-glucan is a kind of fiber that generally combines with body fluid and forms a material like gel in the body.

This beta-glucan can help any person to lower their cholesterol levels and to maintain sugar levels in the body. This beta-glucan fiber can also be found in great amounts in oats.

Due to stress, many cells in our body get damaged and Barley helps to repair those cells because it contains vitamin E, lutein, beta-carotene, and zeaxanthin in it. All these are types of antioxidants which help to repair the damaged cells of the body.

Barley is a low Glycemic Index food which means Barley does not cause a rise in blood sugar levels.

Additionally, Barley contains a high amount of fiber content in it, especially beta-glucan.

Beta-glucan has many advantages some of which include that this compound helps to reduce weight, improves digestion, lower cholesterol levels of the body, and lowers blood sugar levels.

Hulled barley is the most nutritious form of barley when compared to Pearl Barley, Barley Flakes, and Barley Grits. Whole-grains like wheat can be easily substituted by Hulled Barley in the diets without having any disadvantages. Dr Sharon Baisil MD
Medical Doctor at Beat Diabetes
Dr Sharon Baisil MD is an international award-winning doctor, known for creating innovative technologies for the prevention and treatment of Diabetes. He developed the android app called Beat Diabetes, which is presently the most downloaded diabetes app in India. It was chosen as ‘Diabetes-App of the Year’ globally by Healthline. Dr Sharon has helped over 100,000 individuals with Diabetes from 140 countries, during the past 4 years, to control their sugar levels. You can ask all your Diabetes related questions, including diet and medications to Dr Sharon Baisil MD .
He can be contacted by clicking here